This year’s Fall Fest, a staple of Lewis and Clark’s event calendar, saw a somewhat aggressive amount of breeze but far more importantly it saw a large amount of people eager to get involved in a community and physically congregate. It was made easy to do so thanks to the catered food, curated music, and assorted games that brought in students.

Clubs at Lewis and Clark saw this excitement for the Lewis and Clark community first hand in the form of more members and interest for their club. Steve Higgins, fourth year Pride Club advisor, cites “isolation induced by the pandemic” for the exceptional generation of interest and support for Pride Club.

Onyx Laird, the founder and president, was eager for the recruitment opportunity and said, “I am happy with the amount of awareness we have drummed up with this event.”

Onyx reported doubling the Drama Club’s member count thanks to their attendance at Fall Fest.

Video Game Club, the largest club at Lewis and Clark, reported having nearly 100 members, thanks, in part, to Fall Fest.

Services at Lewis and Clark, like the Student Success Center, also utilized Fall Fest as an opportunity to make students more aware of the help they provide.

The vocal organizer, Jared Hennings, could be heard throughout the event announcing and organizing little competitions, such as hula hoop and dance contests.

Hennings, the student activities coordinator at Lewis and Clark, said “Fall Fest is a signature event.”

He holds the sentiment that the waning pandemic tensions made this year’s Fall Fest even more special.

A sentiment shared by Ken Trzaska, who attended his first Fall Fest as President of Lewis and Clark. Dr. Trzaska said he sees the event as “symbolic of what’s to come.” 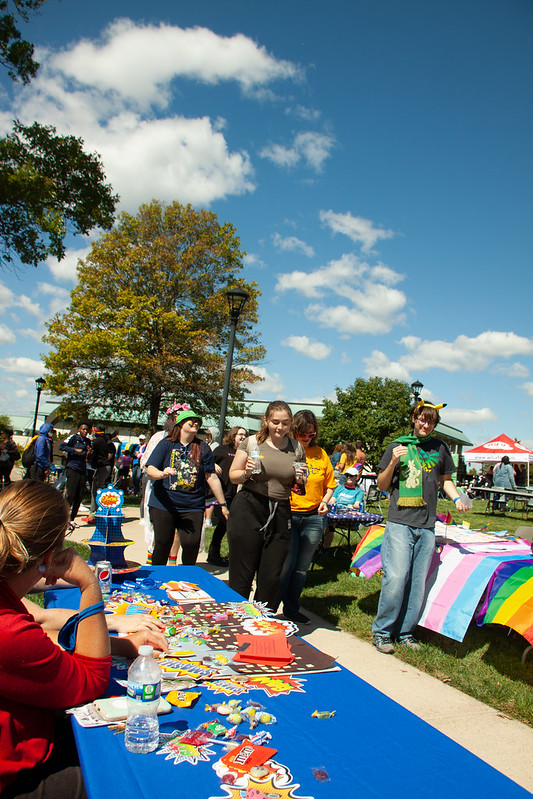