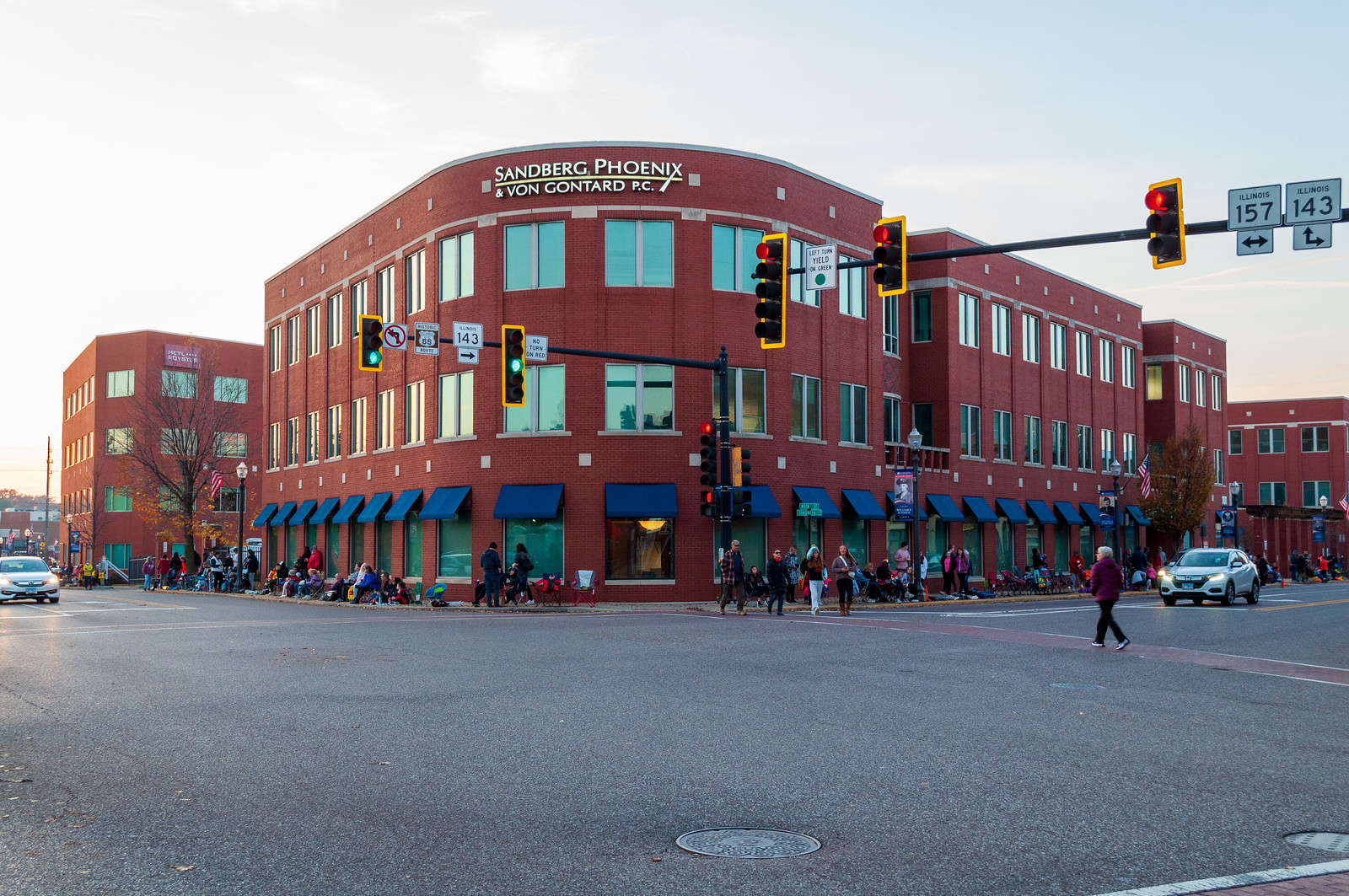 The Edwardsville/Glen Carbon Chamber of Commerce has hosted the parade in the community for nearly 100 years. The theme for this year’s parade was “Back to the 80’s”. The parade began at 6:30 and consisted of 83 floats, including the Edwardsville, Glen Carbon, and SIUE Police who led the parade and the Ed/Glen Fire Departments who ended the parade. The parade included marching bands, school groups, organizations, entertainers, local businesses and more. Many floats paid tribute to popular movies or tv shows of the 80’s, and you could hear an 80’s favorites playing from the floats.