“It’s not about the video games,” James Pepper, president of the VGC (Video Game Club) said last Wednesday afternoon. “It’s about the friendships and community formed along the way.”

“Coming to college allows you to share that love of video games for others, and the VGC is a way to build community and share that passion with others on campus,” James said.

Every table was filled with sodas, pizza and plenty of smiles. Students flooded in and out all afternoon, playing many classic consoles and video games while forming new friendships.

“My favorite part is the food and games and making new friends,” Jaden Laplent, an attendee at the event said during an interview. “I have been playing games for years!”

The event captured the hearts of many. Gamers and non-gamers alike found something to do here—whether that be enjoying a slice of pizza or walking out with a new college buddy!

Another video game related event begins on November 4th at 4:30 p.m. Similarly, all students are welcome to join and watch a Mario Kart tournament in the Commons at the scheduled time. For more information on upcoming Lewis and Clark events, check out our website and scroll to the events calendar!

Scroll through the Video Game Day Photos on Flickr 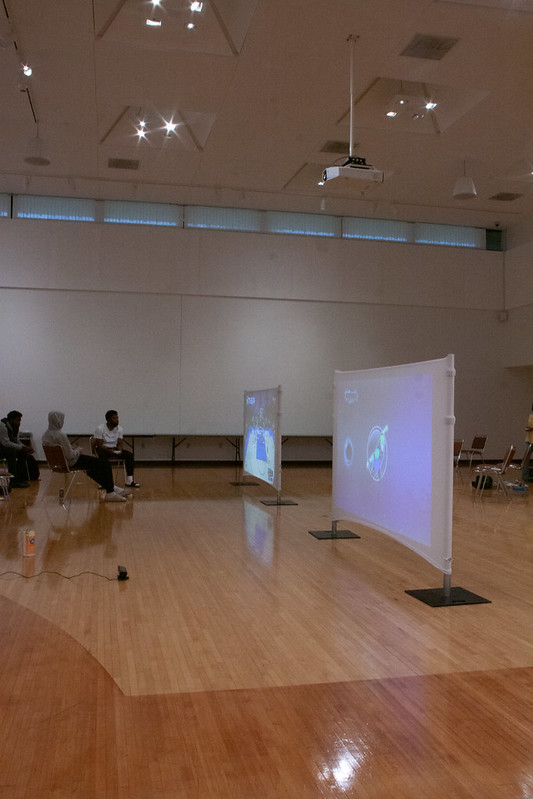