As early as 3:30 p.m., people began to pile into the Commons building at Lewis and Clark to participate in the Mario Kart Tournament. Announced to start at 4 p.m., everyone was excited and people even began to practice while others huddled around and chatted. Half an hour passed and still the tournament had yet to begin. Video Game Club members (myself included) were running around the Commons trying to find the missing game consoles and Mario Kart copies that were unaccounted for, but after 30 minutes of chart checking and counting (as well as an extremely generous participant,) all the consoles and games were accounted for and the tournament could finally begin.

Until another issue arose; the consoles kept disconnected from the game. People were getting antsy and the staff was getting anxious. After a discussion with the participants, everyone agreed to cut the consoles in half and have two people on each console. Finally, the tournament could begin.

The staff was relieved to see the countdown and the participants were ecstatic to finally begin to play. Watching everyone play was exciting and being able to give my commentary kept viewers engaged and the players hyped. I was happy to see just how friendly everyone playing was, even at the tensest moments where two players were neck and neck, fighting for the first place position, the aftermath was usually a quick bit of friendly banter.

When the tournament came down to the last eight players, I could feel the excitement and energy in the air as we got each one on stage to introduce themselves and build hype for the upcoming final game. The final race was rainbow road, a track notorious for its difficult turns and fast pace. It was a hard race for all the participants, with many hazards and a lot of karts falling off the road. Although every player did very well in the final round, only three could be declared the winners of the night.

I had the amazing opportunity to talk to the first-place winner, Drew Vincent, afterward to hear how he felt about being the first-place winner of the very first Mario Kart Tournament. He had this to say: “It felt amazing to win. All day before I was worried and in one of my classes I felt [as] if I was going to get sick because of it. I tend to worry about myself a lot and didn’t want to lose so that didn’t mix well. Long story short I had a great time and am so happy to have been able to play.”

There were three prizes: first place won $50 in cash, second place won a $20 gift card for Slackers, and the third-place winner won a deck of Pokemon Cards. All three winners were incredibly friendly and I feel as if I have made a friend in all three of them, as I have since seen them on campus and have had great conversations with them.

This friendliness was also noted by the Video Game Club President James Pepper, who said, “Video games to me have always been a great way to bring people together… The tournament was more than just about winning, it was about bringing the students together to build friendships that can last a lifetime.”

Scroll through the Mario Kart Tournament Photos by Jacob Reese 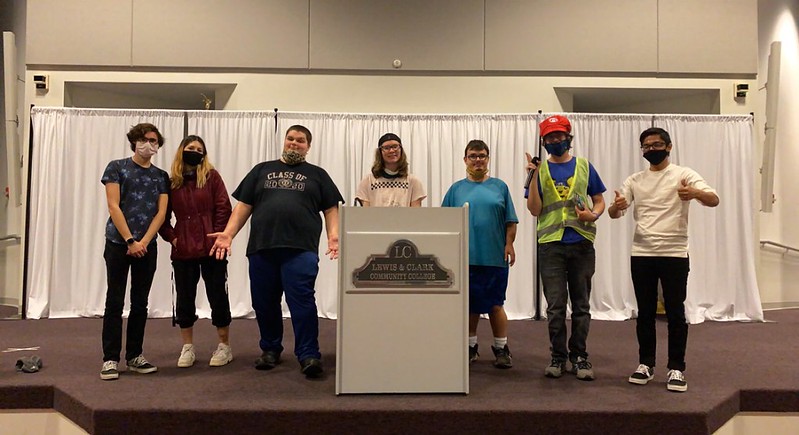